Chin Wag At The Slaughterhouse: Interview With Lori Titus

Lori Titus is an accomplished horror writer who knows how to set you on edge.

Her use of prose is both psychological and challenging in its use of imagery. She is adept at using the trivial everyday incident to bring out the uncanny. She writes with a tight assured narrative voice.

She is also an editor for Wicked Nights Publishing and she runs her own radio show.

Lori has had a novella Lazarus and an anthology Green Water Lullaby published. And she has two more novellas set for release in September, 2011: The Moon Goddess and the long awaited Hailey’s Shadow.

It is evident she puts a lot of thought into her writing and delivers great prose.

She met me at The Slaughterhouse where we talked about transformation and pathology.

Scroll down for more links to Lori’s work.

Are uncles important to you in your life?

I would usually say no, but on second thought, the answer may be yes!  My pet cat, Maxie, is named after a great-great uncle who passed away when he was ninety-eight. And another, not so nice uncle made his way into one of my stories as a wishy-washy sibling.

Do you think narratives are a form of power and sibling rivalry is a form of identity sculpture and is Toni Morrison’s ‘Beloved’ a great novel?

Beloved is one of the few books out there that is frightening to read because of the bare truths it reveals about humanity. Sibling rivalry is always an interesting topic- there is that saying about the hatred of things familiar. As we grow into adulthood I think that we often define ourselves by how we are similar (or not) to our siblings.

A well told narrative is always powerful. It allows us to feel things for others, to understand the world through someone else’s eyes, and experience discomfort in another person’s skin.

Finding equality is always a struggle.

There have been many advances for African Americans, both male and female, particularly over the last ten years. That said, there is still unequal footing when it comes to access to decent primary and secondary education for black youth, much less higher education.

Black men don’t bear more discrimination than their female counterparts, but  the stereotypical roles that they are placed in are more destructive. Males are often categorized as offenders, criminals, a danger to society. Females are often seen as the jobless unwed mothers, welfare supporters.

These kinds of labels are destructive on a psychological level. No one should have to feel that they must defend their validity as a human being.

So many to name! Poe was my first literary influence. My sister used to read his stories to me when I was about seven years old, along with Grimm’s Fairy Tales and poetry by Edna St. Vincent Milay.

I remember reading Shirley Jackson’s The Lottery. It was the first short story I ever read, and it stuck with me. The story was so brutal and spare, visual and beautiful. I thought it was amazing that she could cram so much into such a little space. I remember thinking a good short story was like an effective magic spell.

Of course, I love King and Koontz, though I lean heavier towards the latter than the former. I love Alice Hoffman. She has a way with a turn of phrase that’s just lyrical. I love Tananarive Due for her ability to weave a story using common beliefs and turning them into something extraordinary.

Ovid in his ‘Metamorphoses’ describes chaos changed into harmony, animals turned into stone, men and women who become trees or stars. How do you think this is relevant to horror writing and the history of literature in general?

Not only is it relevant to horror fiction, but to our deepest fears.

The paralysis of humans or animals turned into inanimate objects is a projection of the fear of death.

At the core of all our favorite monsters lies the theme of metamorphosis. Every shambling zombie, greedy blood drinker, or vicious werewolf started off as something human, or at least, close to it.

The same can be said about tales of serial killers or delusional lunatics. We fear what we don’t understand. We also fear that line between being one of us, and becoming one of “them”.

Paul De Man in ‘Blindness And Insight’ said that ‘Literary “form” is the result of the dialectic interplay between the prefigurative structure of foreknowledge and the intent at totality of the interpretive process’. What do you make of his statement?

I take it to mean that as writers, we depend upon images and forms that are familiar to the reader in order to create the image that we want the reader to perceive.

For instance, I can describe to a reader a rose. Everyone knows what the flower looks like, is familiar with how a rose smells. The reader can visualize it easily in their mind. I am depending on the reader’s ability to conceptualize this simple thing.

Add to that, the scene where the roses are placed. Does a man bring them home to his wife after an argument? Does she take the roses without speaking? Does she prick her fingers on them as she holds the roses in her arms? All these subtle cues between the man and woman, and even the presence of the flowers, play into certain cultural meanings that are both implied and specific.

If we do our jobs as writers, the reader will experience the depth of a story on many levels. Symbolism, irony, paradox, and descriptive storytelling are all part of the tapestry that we work on. Each holds a significant part within a story, coexisting to make the whole that much stronger and richer an experience. Because of this,  true criticism recognizes all the parts that make up the whole.

Do you feel that your predilection for writing horror was formed by psychological tension from your family or something else?

This is something that I often wonder about myself. People ask me this a lot. Why horror? There are other things to write about.

A friend once asked me why I don’t write romance. Something “uplifting”. I frowned at her and gave her the simplest answer, despite all the words I have at the ready. No.

When I was a child, my mother encouraged me to write as a way to rid myself of nightmares. She’d used the same tactic with my sister and found it successful.

Now, here is the thing. I had the occasional nightmare, but I wasn’t plagued with them. So if I’d written in a journal for only those dreams, there wouldn’t be that many “stories” on paper.

I think the answer lies somewhere in the reaction that I received from my scary stories. I can remember writing all kinds of things, but it seemed the stories that got the best grades (as I started turning them in for extra credit) were the ones that had some sort of fear involved. Those early stories were often sci-fi or fantasy, traditional good vs. evil. When I started writing origin stories for monsters, that’s when I received the most encouragement.

Why do I continue to write stories with a creep factor? I don’t really know, but I can tell you that I’m always drawn to the darker side of things. I can start off with a romance about lovers on vacation, or a man bumping into his ex-girlfriend at a bookstore, but it doesn’t make my heart race until someone turns up dead or some sort of paranormal nasty makes its appearance.

Have you ever been haunted?

I have been haunted, but I think most people are.

We’re all subject to things from the past. Memories. Questions. There are always what-ifs. There are things that you wished you knew sooner, and some things that you wished never happened at all. People say they have no regrets, but I don’t believe them. People that have no regrets or questions about the trajectory of their life, or about humanity in general, aren’t very deep thinkers.

Now, if we are to talk about the other kind of haunting: the kind that involves an actual ghost, I’m of two minds about this. I don’t believe in things flying across rooms without explanation, evil entities doing their level best to kill you. Boo.

Do you think going against nature is part of the creative process or a pathology and if so why?

An interesting question! I think that the creative process has its own pathology. Most creative people will tell you that their love for their work – art, writing, movies, photography, however their talent manifests – is like a disease, an addiction. Every disease has its own way of spreading, mutating, gathering resources and using them in their defense.

The creative mind is no different.

Sometimes it’s necessary to go against “nature” for an artist to achieve something through their art, regardless of the medium.

If you think about your favorite books or movies, usually there is something about them that you found different, or striking. Rarely do you find any lasting impression made by things that can be described as “ordinary” or “mainstream”.

If we look at “nature” as the  expected, the measured “norm”, then, any attempt at something special has to break that barrier.

When talking about “nature” as one’s own personal comfort zone, it’s necessary to challenge that frequently as well. It’s important to try new things and  stretch your boundaries. In writing, whatever passion you can bring to the world of your stories is passed on to the reader.

Horror writing has traditionally relied on monsters. Do you think mankind is the biggest monster of all and what do you find most horrifying about it?

Man’s capacity to be a monster is the scariest thing.

You don’t have to look beyond the morning news to see it, either, let alone discuss history. I am a firm believer that the creatures we use in horror are just a way to take a look at the human capacity for evil.

Zombies and ghosts embody our fear of death. Will we become a rotting, mindless thing, or a wandering spirit, tethered to earth by the baggage of our past?

Vampires? Your traditional vamp was all about greed and bloodlust. Vampires ala Rice were about sexuality and power. Meyers version are about denying the old lusts that other vampires usually enjoy.

Science fiction uses alien cultures and alternate realities to discuss the faults in our own society with an impartial eye. Conversely, horror is often the vehicle to explore our inner space, the ugly parts of human nature that we like to turn away from.

What makes man more frightening than any of these things? A human has a mind that allows for thought, a soul that should allow for empathy. And we manage to do horrible things to each other anyway.

Thank you Lori for giving an insightful and great interview. 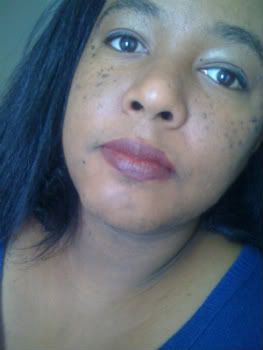 ‘The Darkest of Lore’ blog

The Marradith Ryder series, a weekly web-serial on ‘Flashes in the Dark’

Flashes in the Dark Ezine

The anthology ‘Green Water Lullaby’ is available at Smashwords

25 Responses to Chin Wag At The Slaughterhouse: Interview With Lori Titus